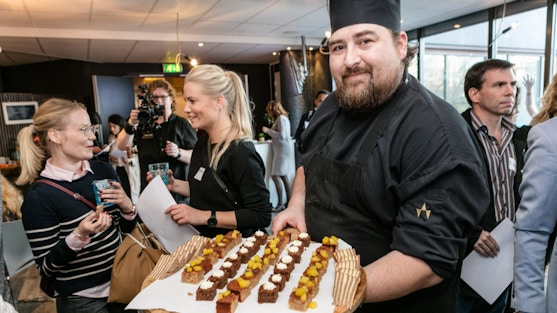 Our final Mix & Match Networking Event of the year was hosted on November 14 and was a resounding success. Over 100 expats living and working in The Hague area attended, eager to get to know the many fantastic organizations with volunteering opportunities. Our keynote speaker Vassia Sarantopoulou of AntiLonliness spoke about the importance of self-reliance in reaching one's goals -- especially when one makes the brave action of moving to a foreign country! Last but not least, we had a dozen nonprofits who attended to speak about their volunteering jobs, ranging from fields such as animal shelters to gardening projects, and from refugee homestays to neighborhood social events through cooking.

Keynote speaker: Vassia Sarantopoulou is a psychologist, trainer, Mental Health Ambassador, and the proud founder and owner of AntiLoneliness, a company offering mental health services in both The Netherlands and internationally. She is trained in (Group) Schema Therapy and Emotionally Focused Therapy, among other approaches (such as CBT, ACT, CFT). She is also a member of the Dutch Institute for Psychologists (NIP).

Vassia's mission is to defeat loneliness and to help people connect with others and with themselves in a deep and meaningful way. Her motto is, “You are not alone; no one deserves that," and she is passionate about spreading the word on Love and Meaningful Connections through her media platforms, her workshops, and her counseling groups.

Our second Mix & Match networking event of 2018 was hosted on September 26. Over 115 internationals attended, along with 18 representatives from 10 various nonprofit organizations. Its success cannot be attributed without both the eager volunteers and organizations' attendance, thank you! Our keynote speaker, Gerko Visée, presented on the topic on finding jobs for internationals in The Hague, titled "Expats Connected: Jobs, Volunteering and Working in The Hague." Many nonprofits also spoke about their organizations, ranging from a variety of missions from advocacy of human rights, to integration, and to breaking down the stigmas of autism.

Keynote speaker: Gerko Visée works as adviser and account manager for The Hague International Centre. Gerko joined the Centre in 2017. Before working with international staff, Gerko assisted in the coordination of refugee reception throughout the county and worked as a trainee in the political section of The Netherlands Embassy in Israel. He holds Bachelor’s degrees in Political Science and Religious Studies from the University of Amsterdam and a Master’s degree in Middle Eastern Politics from Durham University.

The Hague International Centre is the point of contact for international staff of organizations and companies in The Hague region. It offers a soft landing for expats in the region by taking care of formalities and offering services related to settling in.

We hosted the first edition of 2018's Mix & Match networking event June 6th. We had over 92 internationals and eight organisations participating in the event. The event was a success owing to the participants and the organisations’ presence. Our guest speaker, Manilde Buys, spoke on the topic 'Volunteering for integration and socioemotional well being'. In addition, several non-profit organisations introduced themselves to volunteers and shared about volunteering activities that exist in their organisations.

Keynote speaker:  Manilde Buys is a Dutch Integration Coach with a focus on social and emotional well-being of adults and children. She is committed to helping internationals integrate and participate in the new environment they've chosen for themselves. As a Personal Coach she helps people to become better aware of their abilities, so they can engage with new experiences and contacts with confidence. 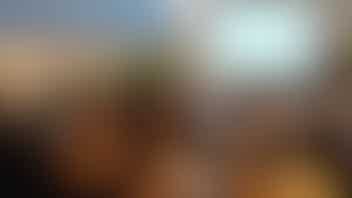 | Past networking events
Volunteer The Hague has grown so much this past year - all thanks to you! Because of our amazing international ...
See more 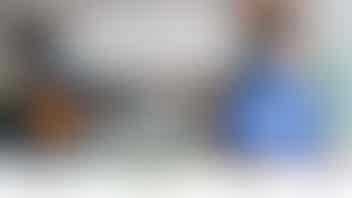 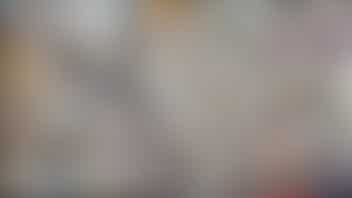